The Vitale Institute for Geopolitical Studies is a program of the Onlus Cinzia Vitale Cultural Association for the training and specialization of young people who, at different levels, are interested in studying political geography. 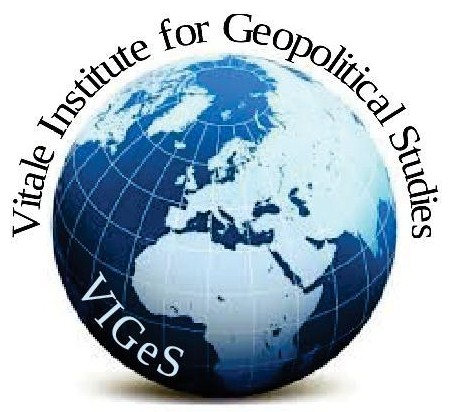 The main objective of VIGeS is to contribute, in collaboration with government institutions, embassies, scientific and academic bodies, to free training young people with specialized professional profiles in different geographical areas to provide answers to the needs of so-called poor countries, or tormented by wars, in order to offer support to combat social imbalances and hunger in the world.

In addition to the lectio magistralis, which are held periodically and which allow participants to delve into “live” issues concerning international relations and the geopolitical landscape, the place dedicated to training is also the international GeoAdriatico symposium.

It was born in 2012 in memory of Cinzia, who died prematurely. President Roberto Vitale wanted, in memory of his sister, to give “life” to dreams, giving a voice to those who do not have it. The Vitale Onlus (www.vitaleonlus.it) aims to increase understanding between peoples through initiatives related to the promotion of culture and art. It aims to develop a more complete human formation through analysis of social conflicts in different disciplines, from geography to history and from anthropology to economics in order to also ensure the linguistic heritage and environmental protection at a global level.

The honorary and scientific committees of the Vitale Onlus include, among others, the Nobel Peace Prize winner Filippo Giorgi, Lawrence Banks, general director of the International Center for Genetic Engineering and Biotechnology, Valentina Bach, general secretary of the College of the World Kingdom of the Adriatic, the former UN spokesman in crisis areas Andrea Angeli and Trang Le, president of the Council of Asean Fashion Designers. It includes also honorable prominent personalities such as the ambassadors Staffan de Mistura and Anita Stokes Hayford, the scientist of King’s College London Mauro Giacca, Stefano Fantoni, ESOF 2020 champion, Monsignor Fouad Twal, Latin Patriarch of Jerusalem, the late astrophysicist Margherita Hack, Zeno D’Agostino, president of the Port System Authority of the Eastern Adriatic Sea and Archbishop Guido Pozzo, almsgiver of His Holiness Benedict XIV.

Director of the Vitale Institute for Geopolitical Studies, as well as president of the Vitale Onlus, Roberto Vitale has written reports from crisis areas in Eastern Europe, Africa, Asia, the Near and Middle East. Columnist of Il Gazzettino, he is scientific director of the Executive Master ‘Green Journalism and Communication’ at the Armando Curcio Institute in Rome, and teaches ‘Emergency communication strategies’ in the degree in International and Diplomatic Sciences offered by the University of Trieste, as well as ‘History of Journalism’ at the bachelor’s degree in Linguistic Mediation and Publishing and Journalism of the Armando Curcio Higher School for Linguistic Mediators.

Born in 1968, graduated with full marks from the Faculty of Arts and Philosophy with a thesis in Psychology of communication, he was the spokesperson for the United Nations Sector West in Lebanon, as well as senior communication expert of the ‘Instrument for Stability’ program of the European Commission. He attended the senior course ‘Post Conflict Rebuilding Management’ at the Training Command and Application School of the Italian Army and is co-author of the book ‘The safety at work of researchers in areas at geopolitical risk”, published by EUT (Edizioni University of Trieste) and dedicated to the memory of Giulio Regeni, the Italian researcher killed in Egypt.

Creator and host of the Radio Rai program ‘Fermenti a NordEst. Economy, science and culture in the new geopolitical chessboard ‘, he is the creator of the Papa Ernest Hemingway Journalism Award and the international festival on climate and environment Motumundi (www.motumundi.it). He is Knight of Merit of the Italian Republic.

During the GeoAdriatico international symposium, the Cinzia Vitale Award is awarded which, annually under the High Patronage of the Chamber of Deputies, the Vitale family awards to those who, with their commitment and professional activity in Italy or in the world, have been able to offer their knowledge and donate the value of culture understood in its maximum dimension.

The multi-ethnic and multi-confessional identity of the capital of Friuli Venezia Giulia, built through centuries of peaceful coexistence between different cultures and religions, aims to be an example of international integration and dialogue, and, with GeoAdriatico, a unique laboratory in the world.

Trieste, which hosts the ICTP (International Center for Theoretical Physics Abdul Salam), the ICGEB (International Center for Genetic Engineering and Biotechnology), the OGS (National Institute of Oceanography and Experimental Geophysics), the TWAS (Academy of Sciences of the Third World), as well as the general secretariat of the CEI (Central European Initiative), the MIB Trieste School of Management, the Elettra International Research Center, IAP (The InterAcademy Partnership), INFN (National Institute of Nuclear Physics), and Allianz, Fincantieri and Assicurazioni Generali, is the designated place to talk about environment, energy, sea, space, economy and science, essential components of the soul of the city of Trieste and a perfect model of dialogue and integration.

The GeoAdriatico honor committee is set up to highlight the scientific and academic prestige of the symposium. The committee is made up of personalities, including institutional ones, of international importance who operate in the city of Trieste. Membership is an expression of appreciation for the initiative which, given the issue, is designed to promote integration and international dialogue through the encounter between diplomacy, economics, science and religions.

The scientific committee GeoAdriatic Commitee for Future is made up of Italian and foreign university students, recent graduates, PhDs, and carries out constant study to develop the topics of the panels that make GeoAdriatico a cosmopolitan analysis and research laboratory. The GeoAdriatic Committee for Future also aims to encourage the particpation of the speakers in the various themes of the international symposium which takes place annually in Trieste. President of the scientific committee is Roberto Vitale, director of VIGeS (Vitale Institute for Geopolitical Studies). 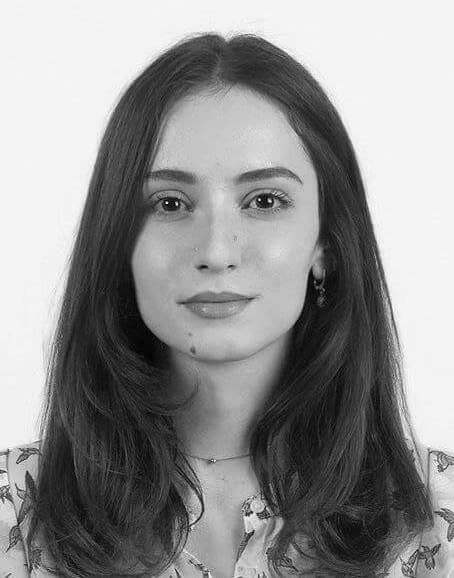 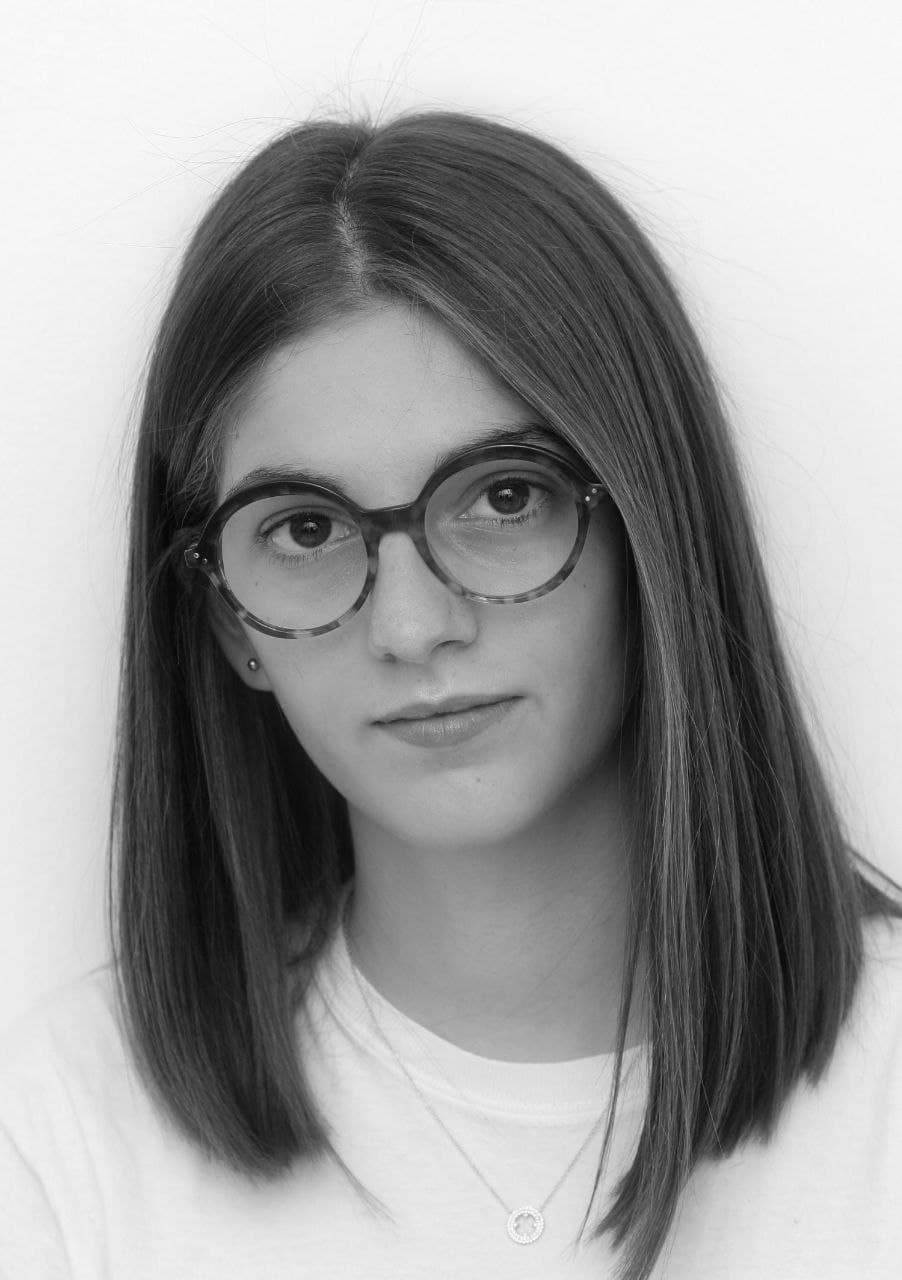 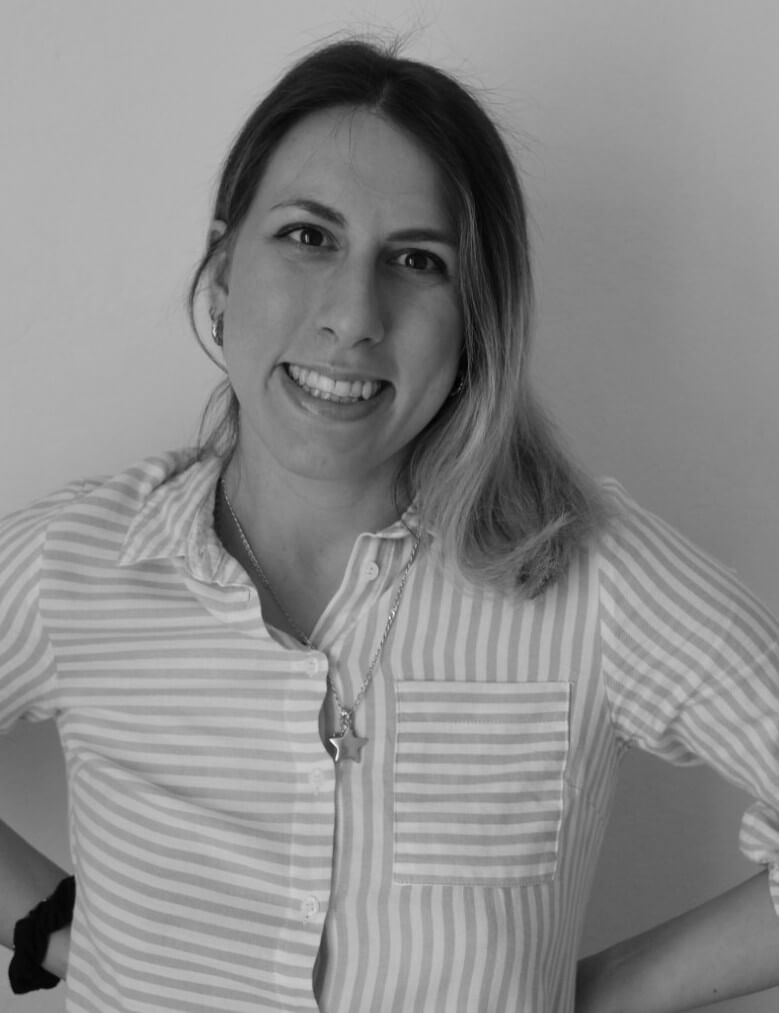 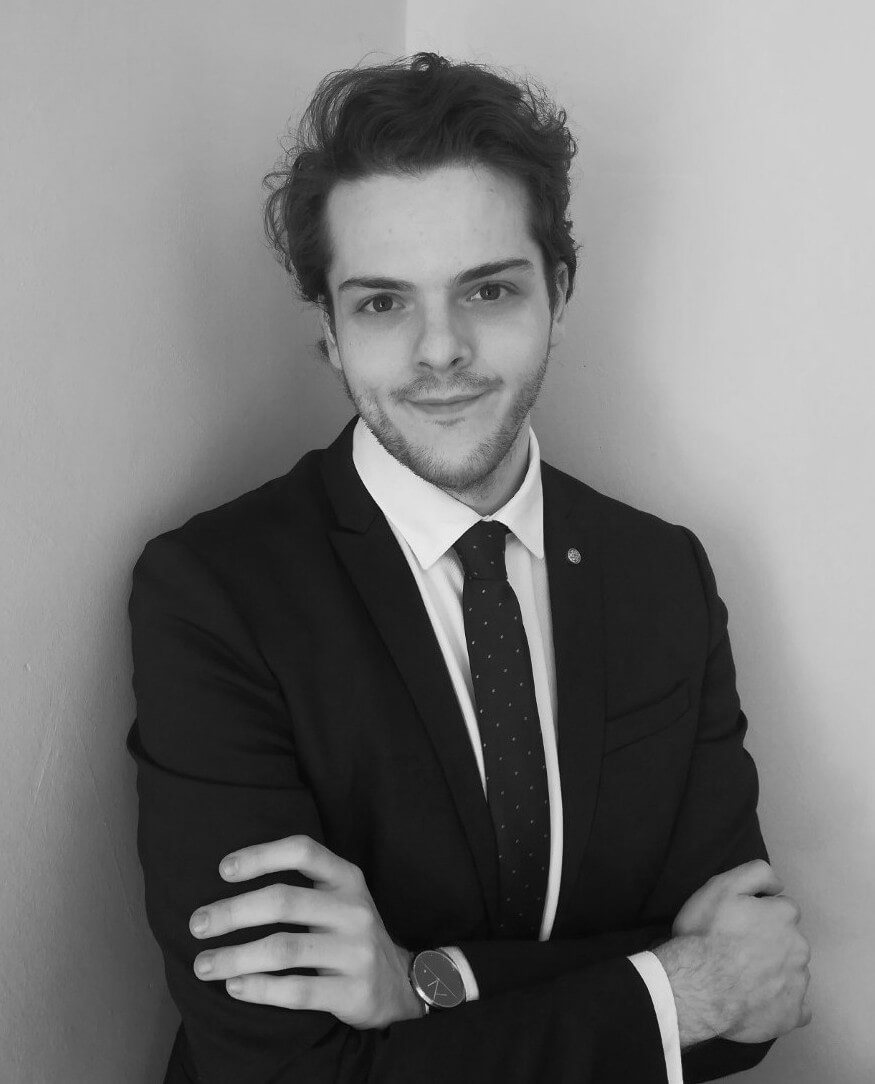 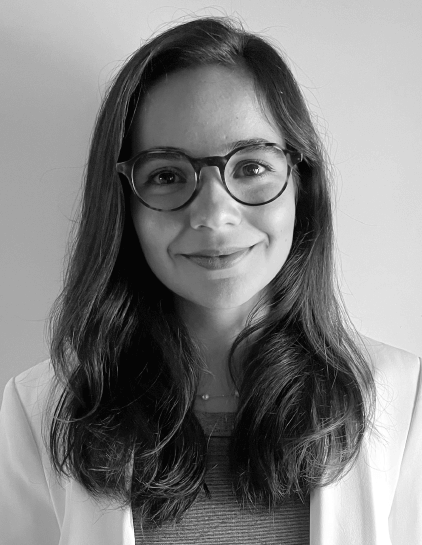 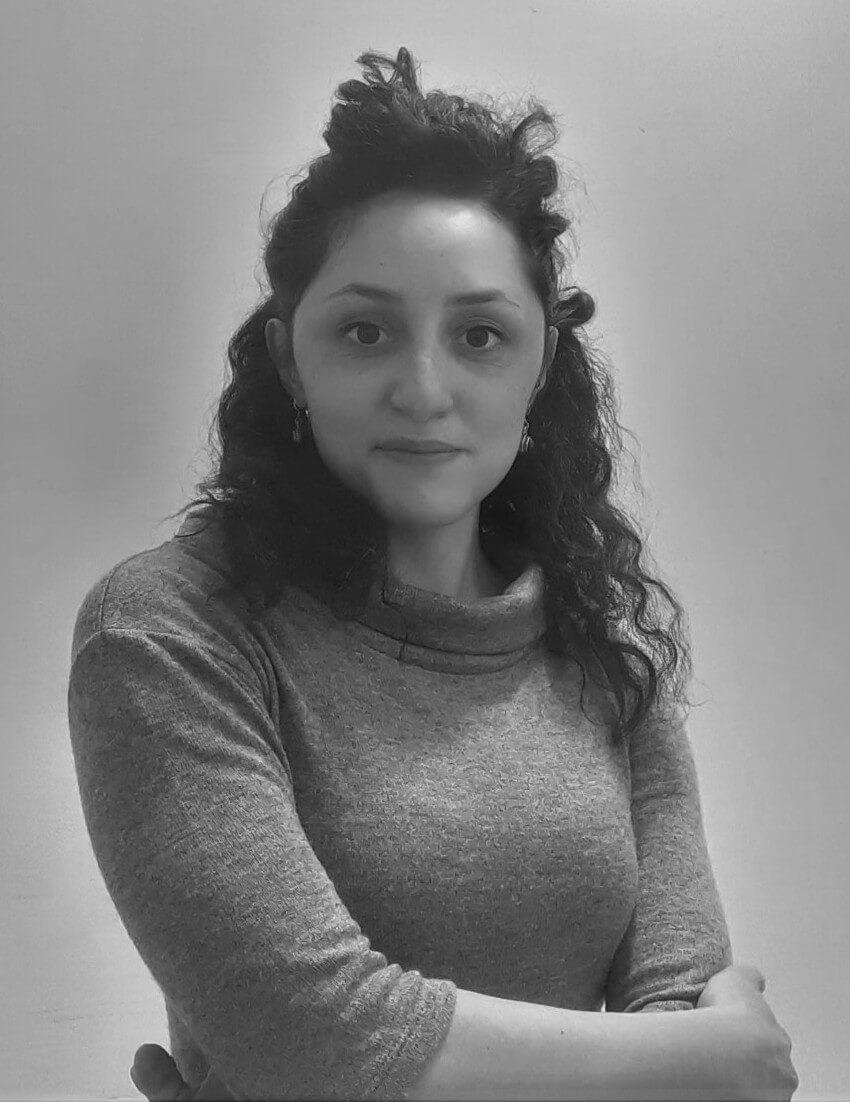 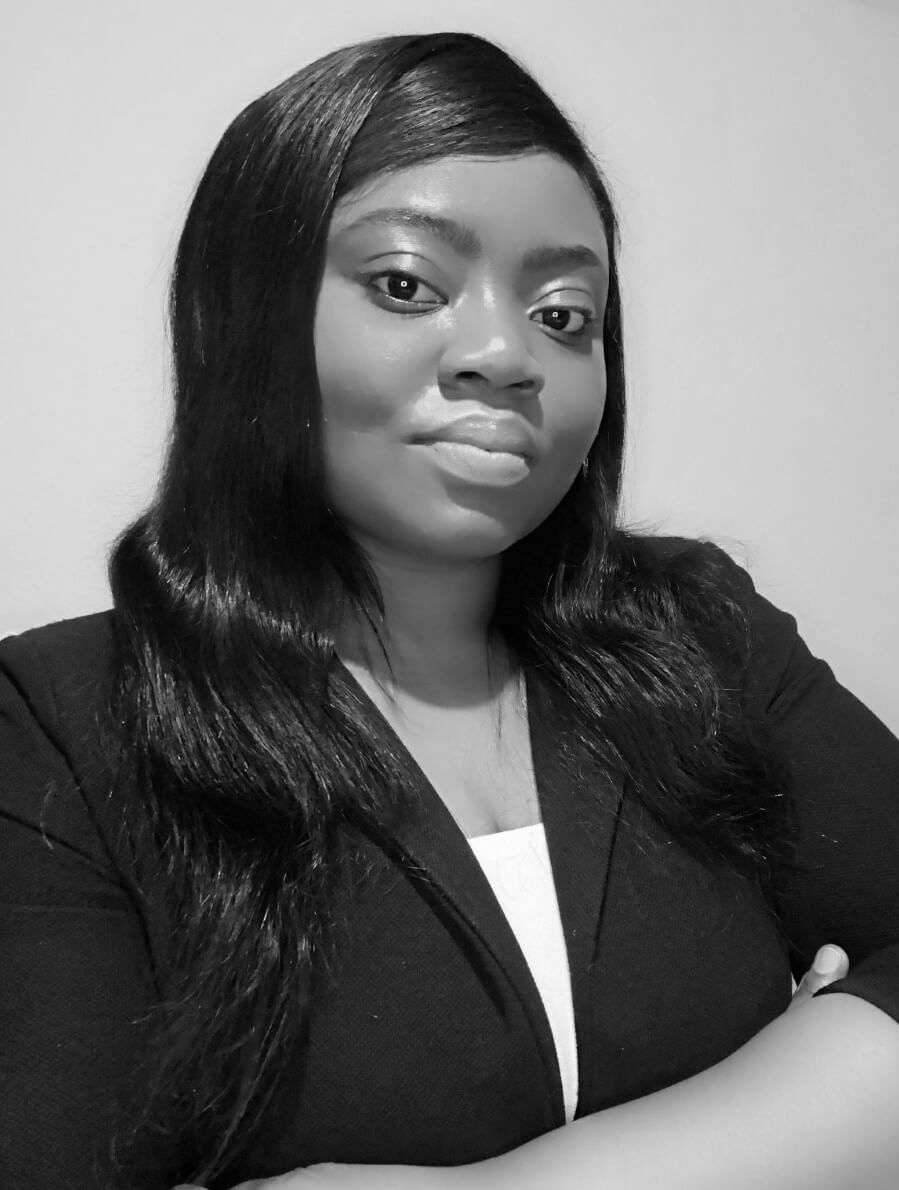 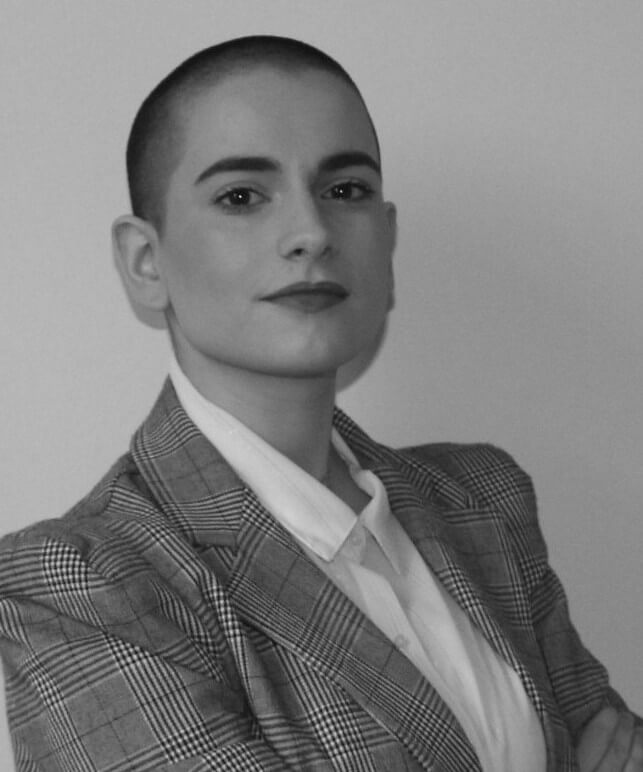 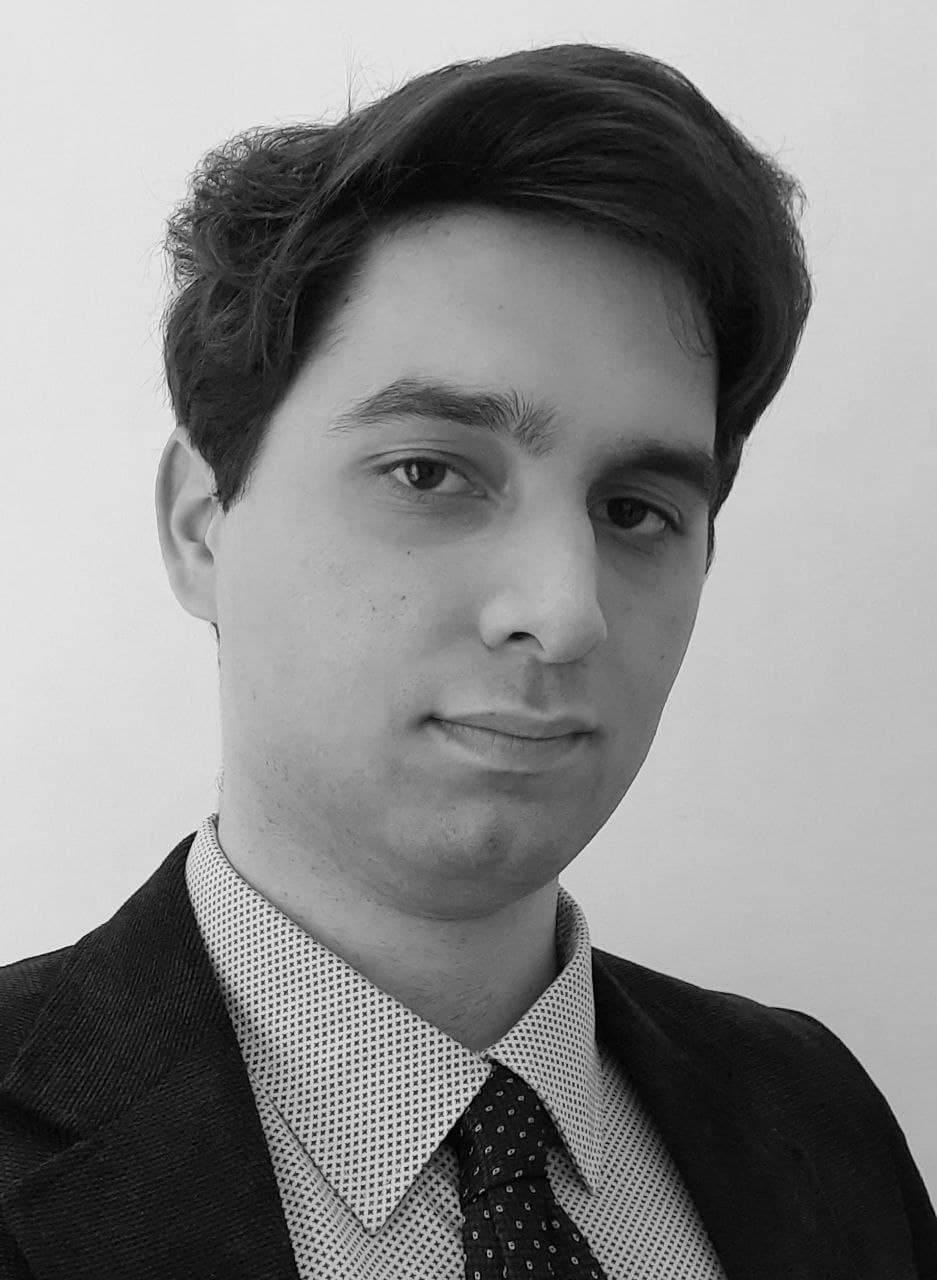 The scientific secretariat supports the scientific committee in the analysis and research and communication activities aimed at enhancing the international GeoAdriatico symposium at both national and international level. It deals with the dissemination of the results achieved in the activities of the panels that make GeoAdriatico a cosmopolitan laboratory. Head of the scientific secretariat is Anna Finotto, project manager of Vitale Onlus. 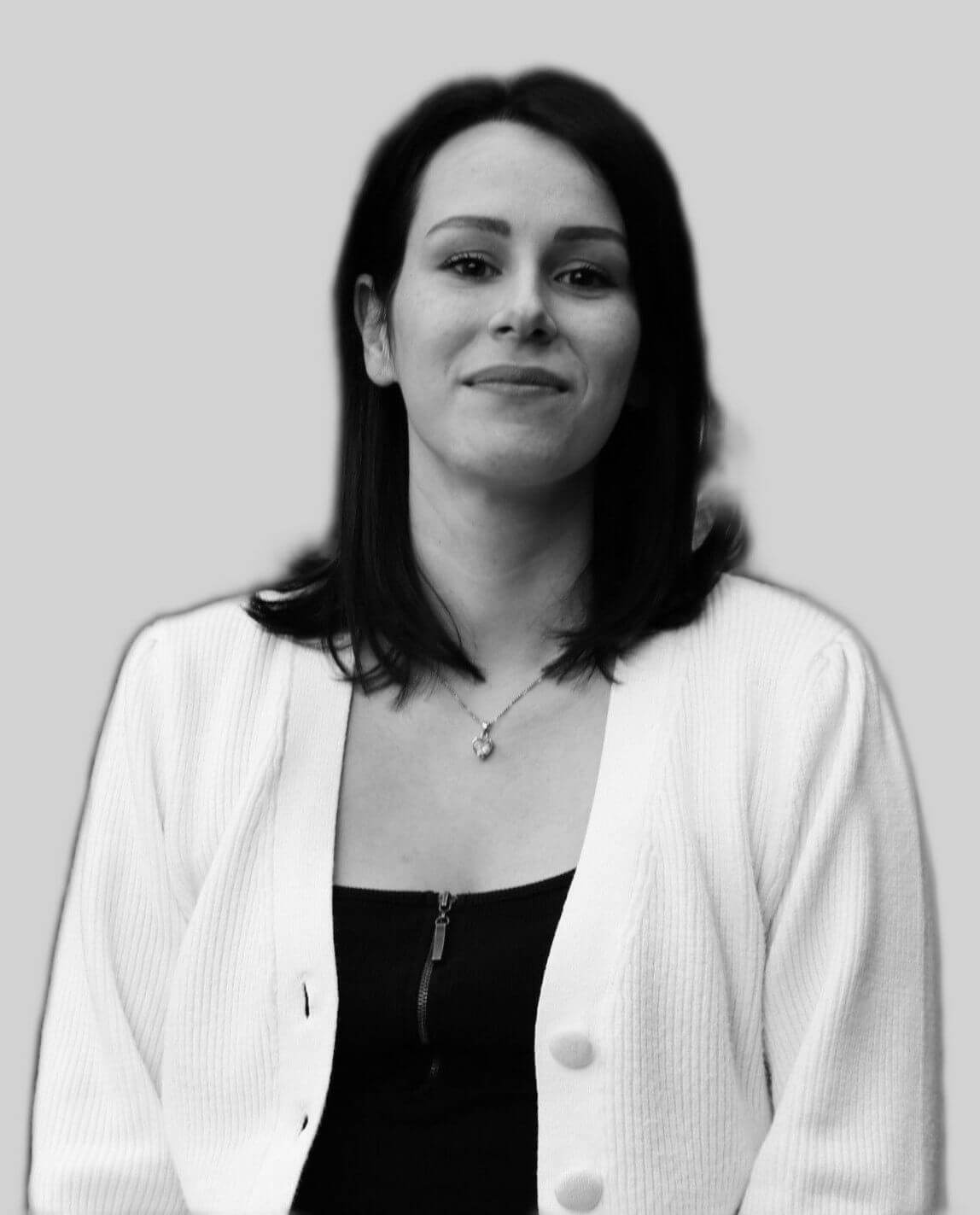 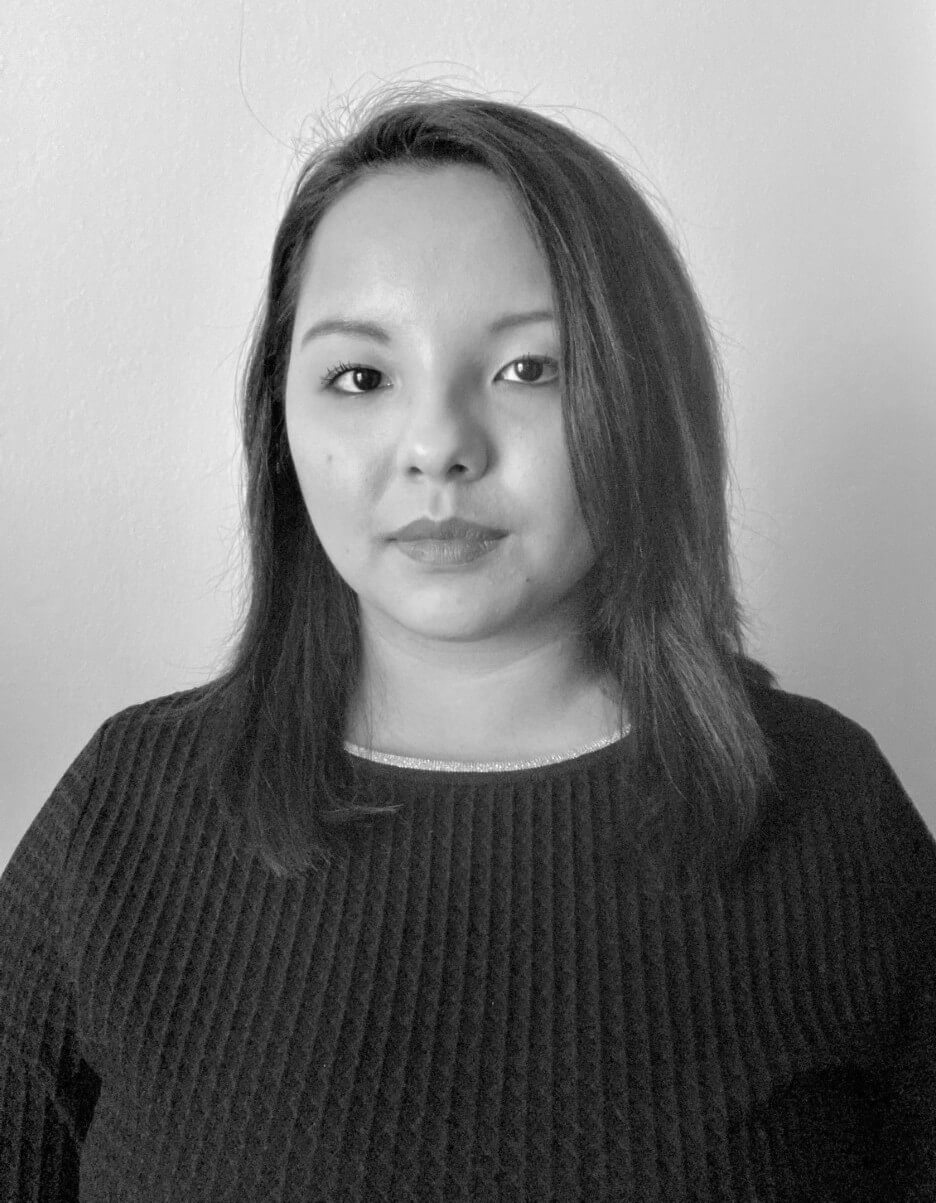 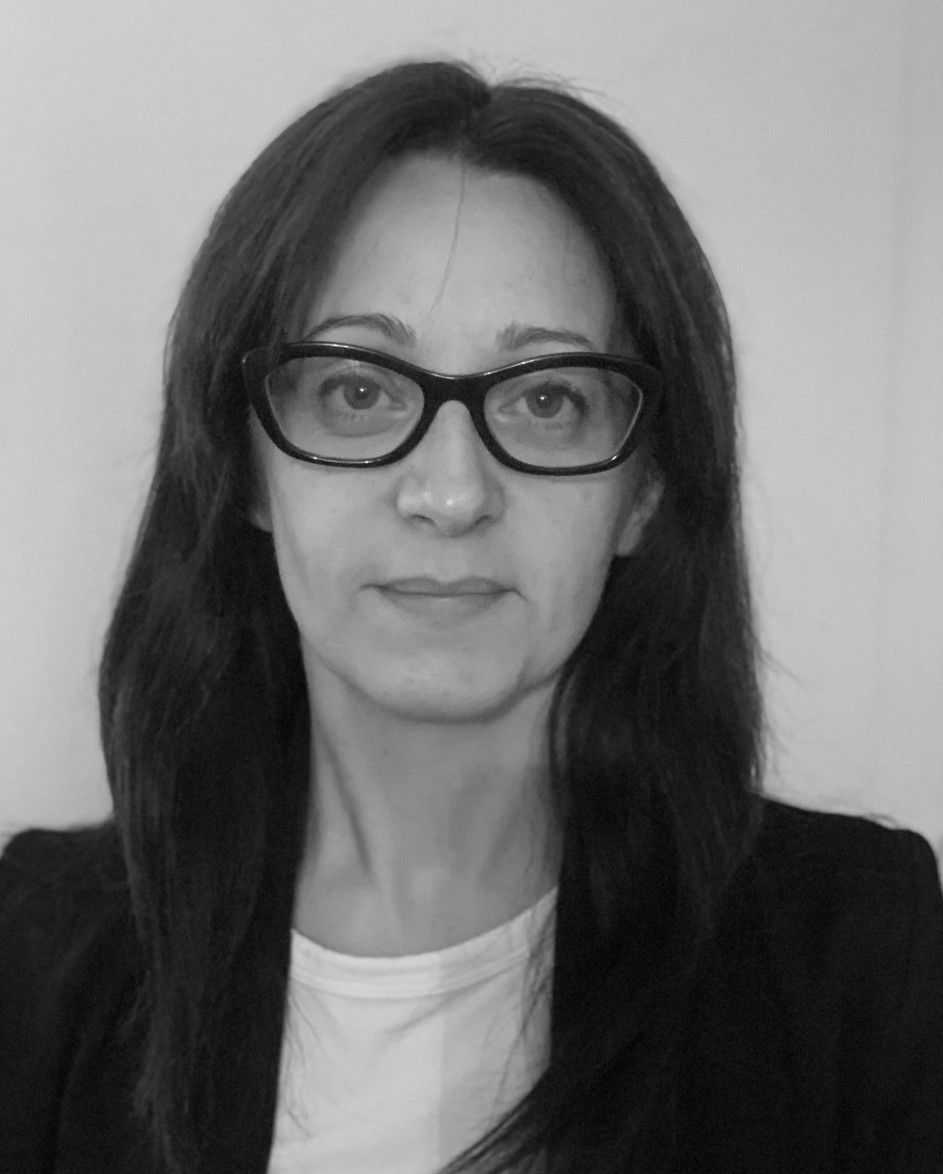 The organizing secretariat coordinates all the activities aimed at realizing the international GeoAdriatico symposium. It also carries out a fundamental job in the communication between all the organizational souls of the symposium and ensures the perfect set up of the event. It manages relations with GeoAdriatico participants and deals with logistics, hospitality, hospitality, catering and social events. The organizational secretariat team is coordinated by XX of the Double Tree Hotel by Hilton Trieste. 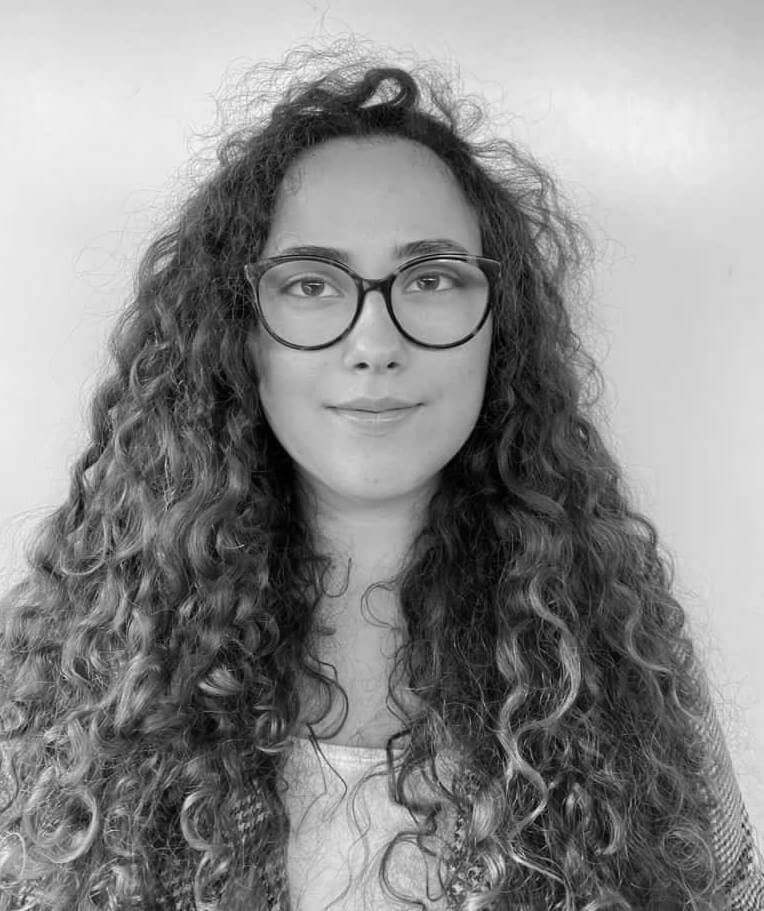 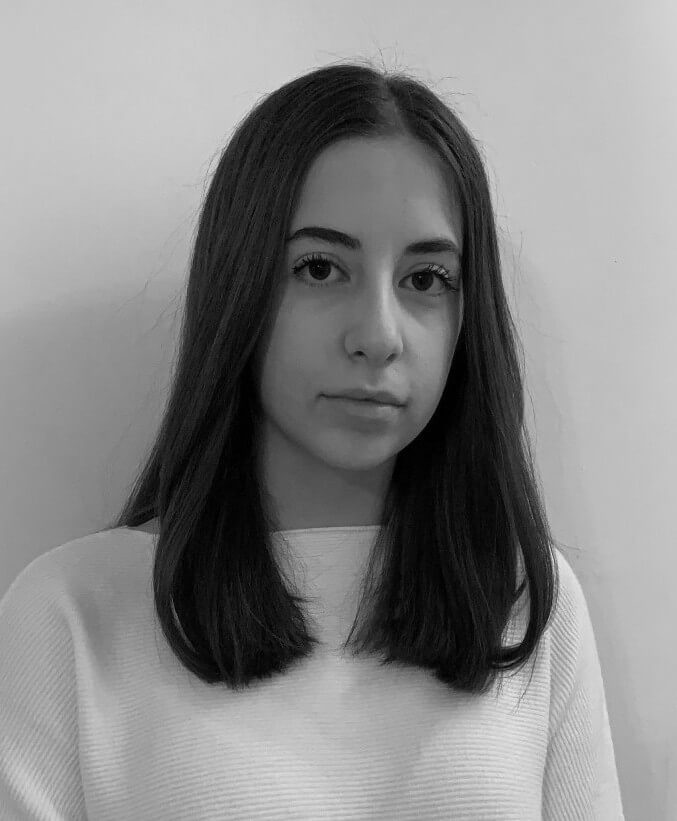