Diplomacy, economics, science and religion are the central themes of GeoAdriatico, the international symposium that will be held from 16 to 19 June 2022 in Trieste, a city with a Central European vocation, a gateway to the East and a bridge linking the Mediterranean and northern Europe.

The beginning of the 21st century, characterized not only by Covid 19 but also by exasperated tensions and factionalisms, bringing dialogue back to the center of political, economic and cultural choices is one of the priorities of GeoAdriatico.

The international symposium is by vocation a non-partisan opportunity to address current issues and turn the spotlight on the present with a look at the future of the Planet.

Italy, G20 and world order: support for achieving the SDGs

Italy between the USA, Russia and China

Identity and future of the EU

EU between the USA and the People’s Republic of China

Governance of the Balkan and Mediterranean routes

Sharing of patents and cooperation in cases of need

Artificial Intelligence and diffusion in the Euro-Mediterranean

Research for Plastic Free materials and for a Zero-waste life

Bioethics in the era of digitalization and technological development

Quality of life, benefits from the protection of green and blue

TEN-T and global connectivity of Europe

Trieste: from Central European city to European bridge for Asia and Africa

Birth and development of European champions for competition with global giants

Comprehensive Agreement on Investments and opening up of the Chinese market

The role of cryptocurrencies in the future: advantages and problems

Consequences of climate change on the sea and on life

Climate change, pollution and the evolution of the Mediterranean diet

Building trust in institutions in the digital age

Development of awareness and common awareness of a Euro-Mediterranean identity

Evolution and promotion of Italian culture in the Mediterranean

Role of women through the Euro-Mediterranean

Meaning of the idea of ​​nation in the era of globalization

COVAX and health passport: the way back to everyday life

Negative psychological impact of the pandemic on citizens

Forecast and prevention of upcoming pandemics

Space race and tensions between the US, Russia and China

Return to the Moon for a new exploration of Space

Marginalization of the EU space market and the European Space Diplomacy

Space entrepreneurship development and the end of the state monopoly

Birth of space tourism and change of the planet

People, Planet and Prosperity are the three pillars that inform the work program of Italy which, the last 1st of December, assumed the presidency of the G20, the international forum of leaders, finance ministers and central bank governors which includes the most industrialized countries as well as the European Union.

The GeoAdriatico international symposium turns the spotlight on the UN Global Agenda for Sustainable Development developed in 2015 by the United Nations Assembly, and divided into 17 points formulated to promote human and environmental well-being. The Sustainable Development Goals (SDGs) must be achieved by 2030 globally by all member countries of the United Nations. Every country on the planet is called to address the challenges identified in the 17 points to achieve sustainability in an economic, social and environmental key.

Transform our world
GeoAdriatico subjects the Agenda to careful consideration and evaluation as a program of action for people, the planet and prosperity, as the Agenda pursues the strengthening of universal peace in greater freedom. The United Nations recognizes that eradicating poverty in all its forms and dimensions, including extreme poverty, is the greatest global challenge, but also a prerequisite for sustainable development. Hence, all countries and all parties involved, actively cooperating, implement this program, being determined to tackle poverty as we want to heal and discover our planet.

The UN is determined to take the decisive and transformative steps necessary to lead the world on the path of sustainability and resilience. The 17 Sustainable Development Goals and 169 targets, announced in 2015 by the UN General Assembly, demonstrate the dimension and ambition of this new universal agenda. They are based on the Millennium Development Goals and aim to complement what they have failed to achieve, realizing the human rights in order to achieve gender equality and the empowerment of all women. The 17 points are interconnected and indivisible, and balance the three dimensions of sustainable development: the economic, social and environmental dimensions.

People
We MUST eradicate poverty and hunger, in all their forms and dimensions, by ensuring that all human beings can fulfill their potential with dignity and equality in a healthy environment.

Planet
We MUST protect the Planet from degradation through conscious consumption and production by managing, at the same time, its natural resources in a sustainable way. We also need urgent measures with regard to climate change to meet the needs of present and future generations.

Prosperity
We MUST ensure that all human beings can enjoy prosperous and satisfying lives, and that economic, social and technological progress occurs in harmony with nature.

People, Planet and Prosperity are the three pillars that inform the work program of Italy which, the last 1st of December, assumed the presidency of the G20, the international forum of leaders, finance ministers and central bank governors which includes the most industrialized countries as well as the European Union.

Developing a safer and more sustainable world is the primary goal that will be achieved in the shadow of an America whose transition, with the passage from the Trump to the Biden presidency, will be important for the so-called liberal democracies, especially the European countries. This will also make it possible to support economic recovery and tackle the new social inequalities caused by Covid 19.

An European challenge that follows a parallel with the announcements made during the 2020 presidential election campaign in the United States of America, a moment in which the spotlight was turned on the energy transition to combat climate change, as well as on the immense opportunities offered by digitalization.

But the G20 branded Italy, which will have the crucial moment in the summit in Rome scheduled for 30th and 31st October 2021, aims to promote female empowerment. Even in this case there is a great similarity with the America of the Biden era which sees, in addition to Vice President Kamala Harris, seven other women in key communication roles at the White House.

Italy has a great opportunity: sowing the seed of an European autonomy, a strategic autonomy, which in respect of the solid bond with the US will determine a balance in multilateral relations especially nowadays when Europe and the United States have a common goal in tackling the pandemic and re-boosting the economy, a goal that must favor relations for a new partnership. Italy is therefore called to address a new challenge which is not only presiding the G20, but also managing change in which, however, America’s watchword is protectionism.

Priority & Wellness
The pandemic has caused profound damage, negatively affecting health systems, poverty rates and the performance of the global economy, and pairing with the other great challenges of our times, from climate change to the fight against inequalities.

In an increasingly interconnected world, multilateralism represents much more than a simple abstract concept and can be the tool for a quick recovery, focused on the needs of people, especially women and young people, and of the most vulnerable countries. GeoAdriatico addresses the main themes of the G20, particularly those of the recovery that include work, digitalization, food safety, renewable energy, and, above all, environmental protection.

Dialogue 5 + 5 is one of the sub-regional forums discussed at the international GeoAdriatico symposium, an incubator that is also a meeting place for the ten Western Mediterranean countries to promote cooperation in the fields of science, technology and education higher.

The Maghreb countries involved are Algeria, Libya, Mauritania, Morocco and Tunisia, while the European nations are France, Italy, Malta, Portugal and Spain. Everyone agrees on the importance of research and higher education for the development of knowledge, the promotion of technologies and national innovation systems to achieve socio-economic growth and address the different challenges the Mediterranean area is facing such as unemployment, economic underdevelopment, environmental degradation, shortage of natural resources and, in some areas, severe water and energy shortages.

Hence, there is a need for a solid framework of cooperation and favorable synergies between the ten countries.

At the centre of the debate there are also wars and migrations, as well as other issues of an European Union that is manifesting evident decline and, in many ways, seems unable to react to the new challenges of globalization.

GeoAdriatico is, therefore, a laboratory that facilitates the international community, with its problems aggravated by the coronavirus pandemic, to develop a common dialogue between all social components.

For the VIGeS is an incubator for dialogue between diplomats, scientists, academics, but also young researchers and university students, girls and boys who at GeoAdriatico have the opportunity to demonstrate quality and ability. Also in this sense, GeoAdriatico places dialogue at the centre, this time intergenerational, with the aim of providing young people with the opportunity to gain experience and mature.

Short-term impacts of Covid-19 on the Sustainable Development Goals 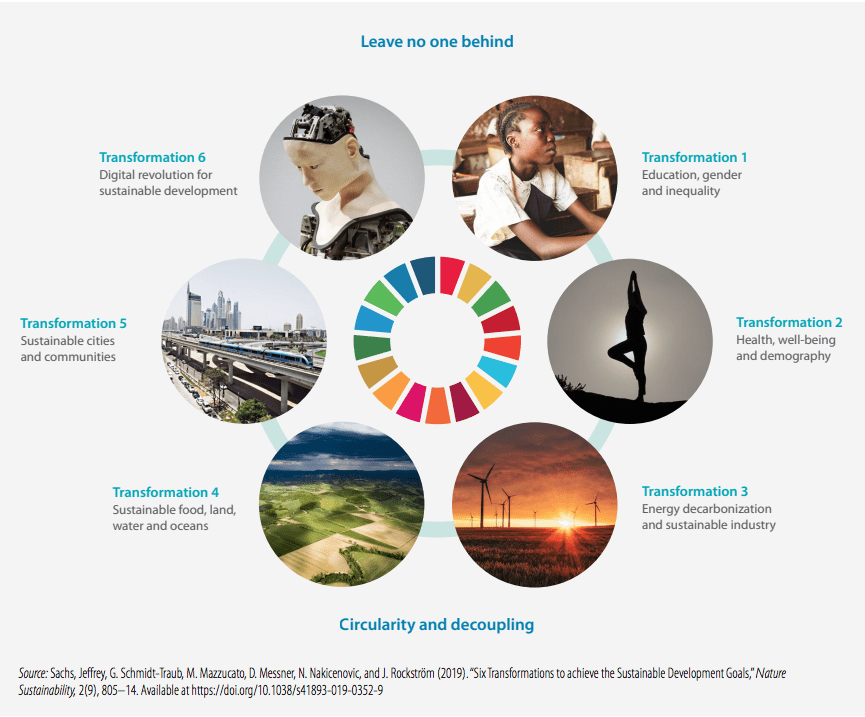 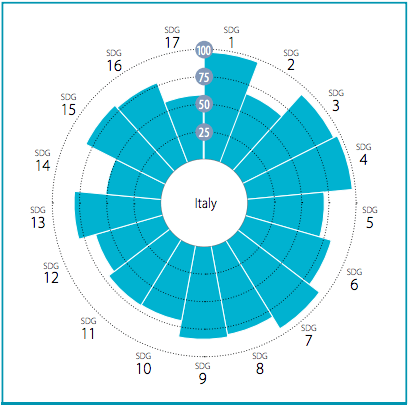 The impact is still unclear

Climate Change is the defining issue of our time and we are at a defining moment. From shifting weather patterns that threaten food production, to rising sea levels that increase the risk of catastrophic flooding, the impacts of climate change are global in scope and unprecedented in scale.

Without drastic action today, adapting to these impacts in the future will be more difficult and costly.

Reforestation, ecosystem protection and rewilding represent 30% of the opportunities to tackle climate change